How should I choose a career?

Today most career counselors and well-meaning friends would respond to this question with: What are you good at? What do you love to do? What’s your personality type? Where do you want to live? What kind of lifestyle do you want? These are good, normal questions. Yet I have to wonder, are the goals of self-fulfillment and maximizing my personal potential the best way to think about a lifetime of work?

These views are hardly uncommon. According to the Barna Group, the top career priority for millennials (I’m one of them) is “finding a career they’re passionate about” (42%). David Kinnamen, the CEO of Barna, says about millennials, “They cite working for themselves, a job adaptable to their strengths, having a lot of variety, and the freedom to take risks as essential career priorities, in addition to being able to fund their personal interests.” He adds they also have a strong desire to make a social impact through their job. Somewhat tongue in cheek, he remarks “Young adults want to make their own hours, come to work in their jeans and flip-flops, and save the world while they’re at it.”

Despite these good intentions, for many of us (not just millennials) job choice has become little more than a calculating process of maximizing psychological or financial gain while minimizing discomfort. Career selection is a process that begins with the self and ends with the self. And if I’m not satisfied, just change jobs. According to the Bureau of Labor Statistics, the average worker today changes jobs every 4.4 years.  We’ve embraced the logic behind William Henry Ernest’s poem Invictus: “I am the master of my fate / I am the captain of my soul.”

But it wasn’t always this way. 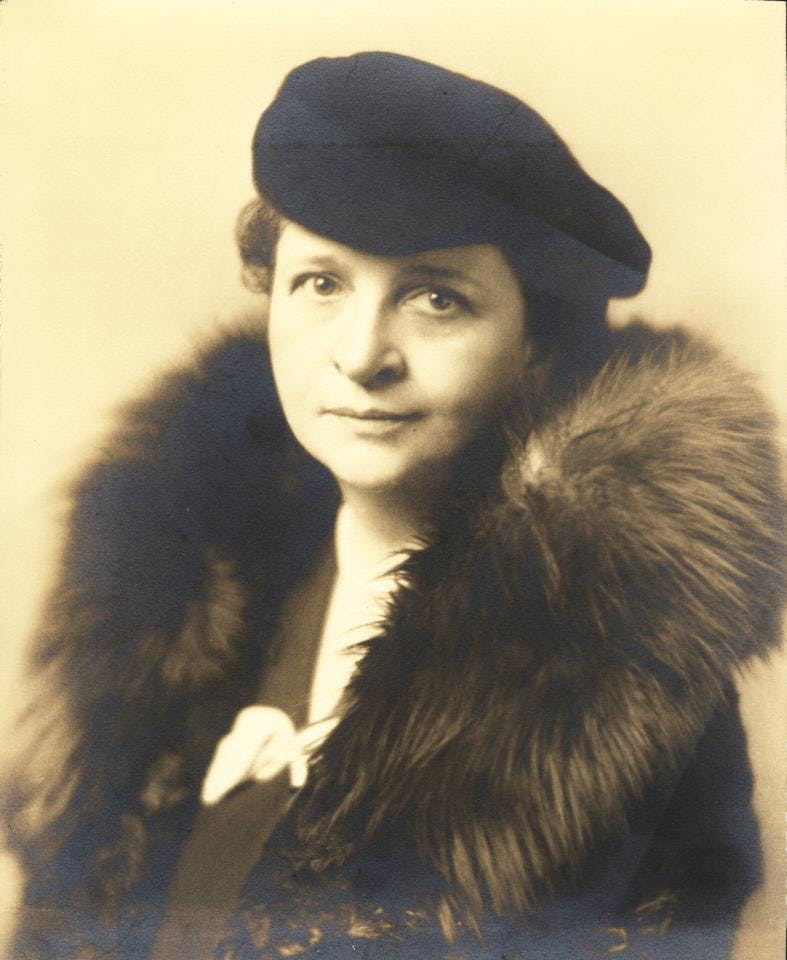 Consider the example of Frances Perkins, the former Labor Secretary under Franklin Roosevelt and a key player behind the New Deal. Perkins attended Mount Holyoke College, a member of the class of 1902. At Mount Holyoke, the end goal of education was not only knowledge, but virtue. She enjoyed history and literature, but she struggled in chemistry. So one of her teachers, Nellie Goldthwaite, badgered her into majoring in chemistry, with the idea that if she could overcome her greatest weakness, she could handle any challenge life threw at her. So she majored in chemistry.

Having been formed by Mount Holyoke—a college that sent hundreds of women to missionary service in places like India, Iran, and Africa under the motto “Do what nobody else wants to do; go where nobody else wants to go,”—a vision of sacrificial service was embedded in her at an early age. Self-denial, not self-fulfillment, was the bedrock of her vocational vision.

Yet it wasn’t until 1911, when Perkins watched in horror as the Triangle Shirtwaist Factory burned to the ground, that she received the “call within the call.” As she watched hundreds of workers desperately trapped by fire on the ninth floor (over 47 people jumped to their death from a window to avoid being roasted by the flames), Perkins made a life-long commitment to advocate for worker’s rights. She felt summoned by a force outside herself, not by a desire for “success” or to accomplish her personal “life plan.”

Her calling led her into politics, which culminated in her joining FDR’s cabinet. She took the job on the condition that FDR would commit to a broad array of social insurance policies: massive unemployment relief, minimum wage laws, the abolition of child labor, and a Social Security program for the elderly. Her entrance into government followed her calling, not vice versa.

Politics took a toll on her, and she often felt as if she would buckle under the pressure. To strengthen her soul, she would frequently make trips to All Saints Convent in Catonsville, Maryland, where she would pray two or three days at a time. In one particularly stormy season, after she had been accused of being a Communist, she said of her trips to All Saints Convent, “I have discovered the rule of silence is one of the most beautiful things in the world. It preserves one from the temptation of the idle world, the fresh remark, the wisecrack, the angry challenge…It is really quite remarkable what it does for one.” (She preferred to use the word “one” to “I” to refer to herself. Self-effacement even worked its way into her vocabulary.)

A person does not choose a vocation. A vocation is a calling. People generally feel they have no choice in the matter. Their life would be unrecognizable unless they pursued this line of activity.”

Vocation in this sense is not doing what you love nor finding the ideal job. It is a response to something already chosen for you. It expects suffering. It doesn’t run from it. When Albert Schweitzer left a successful career in music to become a jungle doctor, he said, “Anybody who proposes to do good must not expect people to roll any stones out of his way, and must calmly accepts his lot even if they roll a few more onto it.”  Difficulty was to be expected.

Having a vocation is not about fulfilling a personal desire or want, in the sense of avoiding pain and seeking pleasure. It’s opening yourself to be used by God as He chooses. Perkins said this mentality develops in “a man who’s more an instrument than an engineer. The prophets of Israel would have called him an instrument of the Lord. The prophets of today could only explain his type of mind in terms of psychology, about which they know so pitiable little.”

Is having a vocation all pain and suffering? By no means. Being devoted to a work that is given to you often is accompanied by a deep, inner joy. As Dorothy Sayers says, there is a deep sense of purpose when working reflects the creative work of the Creator.  A desire to serve God and “the work” is not merely responsive to the ever-changing demands of the community, but is an expression of simply doing a thing worth doing and obeying a call. In such unswerving commitment over the long haul, work takes on a deep, quiet satisfaction that modern job hoppers struggle to understand.

To desire the path of least resistance may be normal, but it is to desire too little. As C.S. Lewis says, “Our Lord finds our desires not too strong, but too weak. We are half-hearted creatures, fooling about with drink and sex and ambition when infinite joy is offered us, like an ignorant child who wants to go on making mud pies in a slum because he cannot imagine what is meant by the offer of a holiday at the sea. We are far too easily pleased.”

Questions like What are you good at? What do you love to do? What’s your personality type? Where do you want to live? are not inherently wrong. But they should be secondary, or tertiary, to a greater purpose, one which may call us to do things we’re not good at, things we don’t love, that don’t fit with our personality and in a place we may not find ideal.

When Jesus foretold his own death and resurrection in Mark 8, “Peter took him aside and began to rebuke him.” How could Jesus, the paragon of human life, suffer and die? Jesus responded to Peter with perhaps the harshest rebuke of the New Testament: “Get behind me, Satan! For you are not setting your mind on the things of God, but on the things of man.”

In our desire for career success and fulfilling our dreams, have we not also set our minds on the things of man? What would it mean to choose a career with a disposition open to God’s purposes, even if it means hardship for a greater purpose beyond ourselves? Could fulfillment actually be found in self-denial instead of self-actualization?

“And calling the crowd to him with his disciples, he said to them, ‘If anyone would come after me, let him deny himself and take up his cross and follow me. For whoever would save his life will lose it, but whoever loses his life for my sake and the gospel’s will save it.’”

Interested in learning more? Explore your calling in our free online course.

Jeff Haanen is a writer and entrepreneur. He founded Denver Institute for Faith & Work, a community of conveners, teachers and learners offering experiences and educational resources on the gospel, work, and community renewal. He is the author of An Uncommon Guide to Retirement: Finding God’s Purpose for the Next Season of Life and an upcoming two-book series on spiritual formation, vocation, and the working class for Intervarsity Press. He lives with his wife and four daughters in Denver and attends Wellspring Church in Englewood, Colorado.