Editor’s note: The full version of this article first appeared on Patheos.com. Thanks to David Rupert and the team at Patheos for allowing us to share it here!

Christopher Conway is the president and founder of Spring Back Colorado, a social enterprise mattress recycling enterprise.  Since 2012, Spring Back has recycled more than 381,000 mattresses and box springs.

That’s just a dent in the 20 million mattresses and foundations hauled to landfills every year. End-to-end, that yearly number would circle the globe.

“For most people, it’s out of sight, out of mind. They just take it to the dump,” said Conway. And mattresses don’t do well in landfills. They are made from material that takes a long time to break down and because of their bulk and built-in memory, they continually rise to the top of the pile. 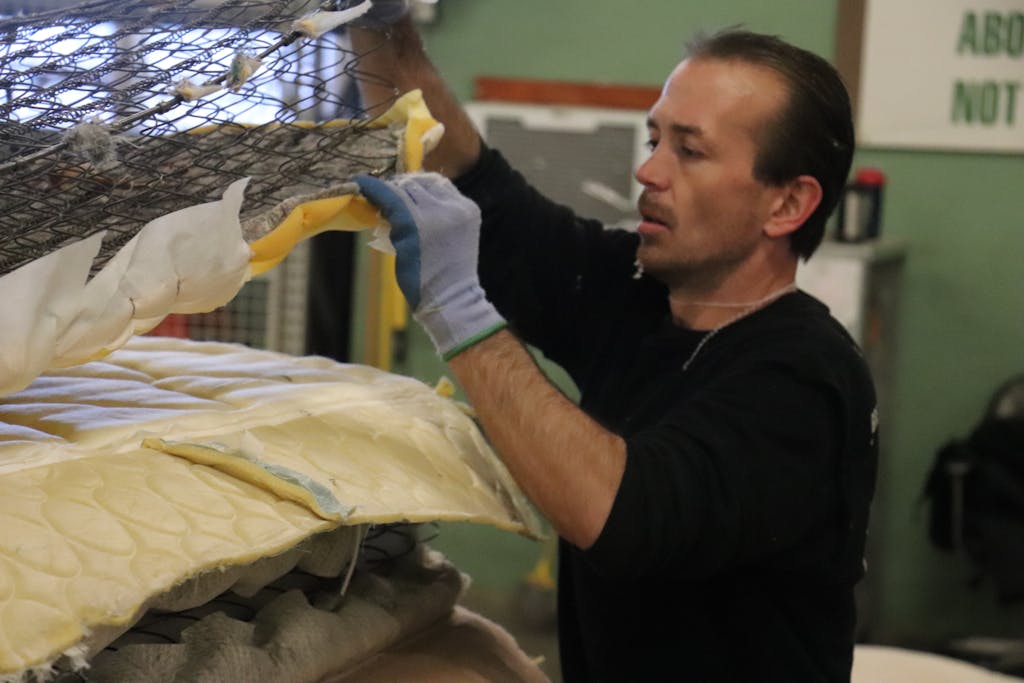 “Landfills have got to the point where they don’t see the intrinsic value of taking mattresses, so they are raising prices trying to limit and eliminate that product from their waste stream,” said Conway.

In the last seven years, Spring Back has recycled 3 million pounds of steel and another 3.5 million pounds in cotton and foam materials. Any residual wood byproduct is mulched. 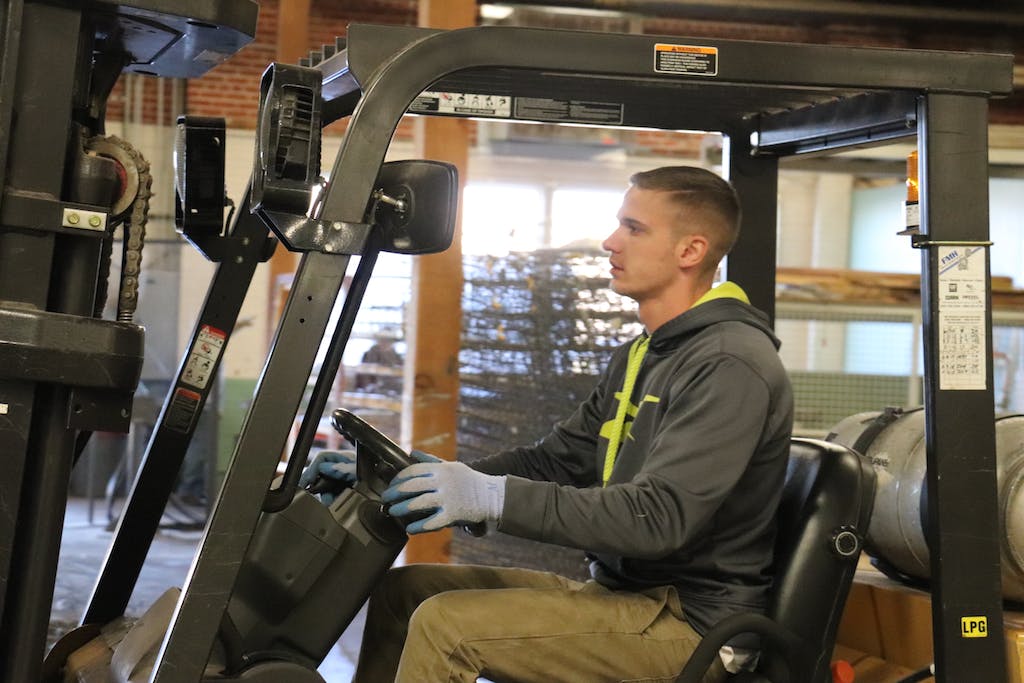 The recycled commodities market is currently depressed, so the operation can’t run solely on funds received from the resale of the products. The shifting sands of the secondary market challenges “the trash train.”

While their recycling mission resonates with a culture that is increasingly cognizant of the environmental impact of waste, Conway’s primary purpose is helping repurpose lives.

Giving Men a Chance to Recover

“At the core of what we do is to take men in recovery, and give them redemptive employment opportunities,” said Conway.

In our society, one of the biggest issues is recidivism — a reentry into the prison system. But if you’ve ever worked with someone who is trying to reset their life after they’ve been arrested, incarcerated and released, it’s not easy.

The ongoing personal and financial cost of reentry into society is exasperating. In many cases, you cannot drive, and yet you are expected to work. Those in recovery will receive unannounced drug tests that interrupt a normal work schedule and without a vehicle, it’s a major inconvenience to an employer. 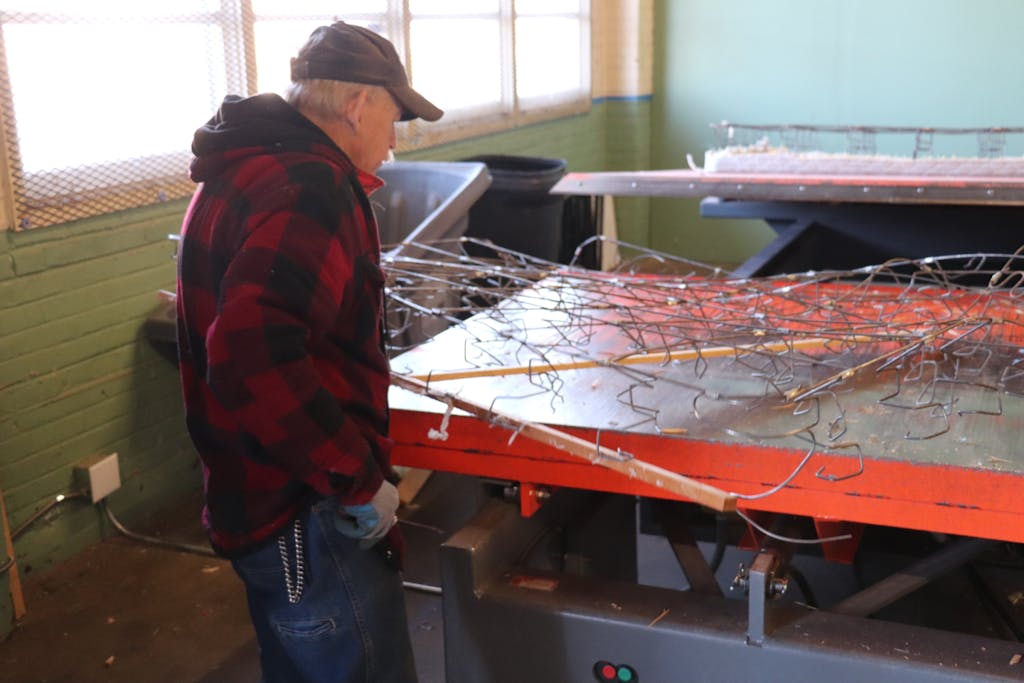 And the simple path is to go back to prison. That is what first got Conway to consider moving beyond charity and instead build character by providing opportunity.

“I saw so many of these men who were hopeless. They had stopped using drugs and alcohol and went out into the community to find employment but were disqualified because our society is not felon-friendly,” said Conway. “So, I decided to put my marker down and offer a chance for felons to have gainful employment.

Spring Back helps the practical barriers that most convicts face such as court fees and costs for drug tests. But those are temporary measures, something that is simply enabling. So Conway takes it up a notch.

“Most of all, we give these men gainful employment so that they can take care of some of their responsibilities in life, giving them a new beginning.”

Conway is upfront about his own convictions and intentions. “We give them a support system of faith, family and friends. We’re not trying to sell anything. We want them to enhance their belief systems.”

“Recovery is hard enough on its own but without a center, something that it all revolves around, it’s nearly impossible. For me, it’s a Christ center.” 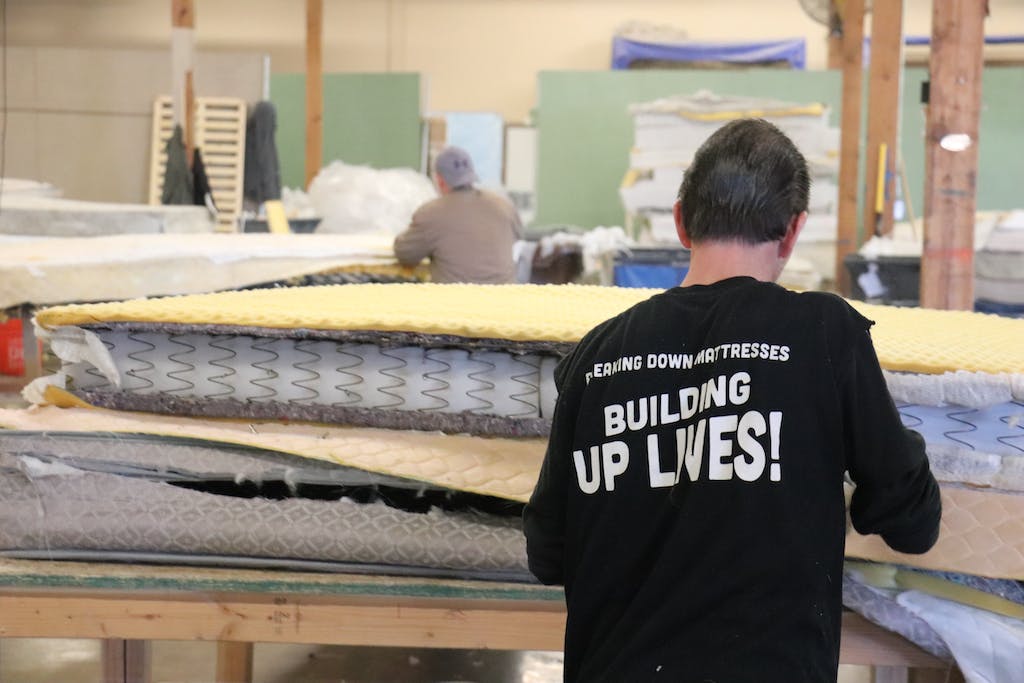 He says the men who work at Spring Back are “among the finest people I’ve ever been in contact with.” Yet nearly every one of them is an addict – heroin, methamphetamine, or alcohol dependent.

“They just can’t get through life without some sort of additive,” said Conway. “But no one wants to be a drug addict. The only thing between these men and most of are just a couple of bad decisions.”

Throughout the years, more than 163 men have worked at Spring Back. There have been successes and failures. But Conway keeps the expectation modest.

“Quite simply, we try to fill our men with hope. We want to give them a chance to reformat their families, their bodies and their responsibilities.”

As an example, he offers the success of a long-term employee named Timothy who recently got his own apartment and now provides housing for his wife and child. He also was able to get his own driver’s license.

One of the goals for employees is posted in the workroom. “Get a job, get a better job, get a career.” It’s all about what the men choose to make of their lives and Spring Back gives that opportunity…

Join us at "Business for the Common Good" to learn more about businesses making a lasting impact.

David Rupert is a Golden-based writer who has more than 2,000 articles on faith, culture and vocation published in a variety of publications. He is the community editor for the Denver Institute blog. Most recently he was content editor at the High Calling, helping Christians connect their faith to the workplace. He regularly writes for Patheos.