Saving Lives with a Bar of Soap

This post highlights the work of Osana, a presenting sponsor at July’s “God & the Great Outdoors” event. Osana is an all-natural mosquito repellent soap that helps to prevent mosquito-borne illnesses and sanitation related sicknesses in the developing world. Many thanks to Osana for their generous support!

Mosquitos suck…literally. Who hasn’t had a picnic ruined by these pesky insects or lain awake scratching a bug bite? For millions of people in the developing world, mosquitos are more than a nuisance: they cause deadly illnesses like dengue fever, the Zika virus, malaria, and the West Nile virus. 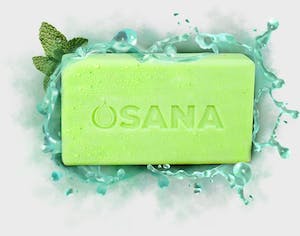 To combat the 1.8 million deaths each year from mosquito-borne illnesses or lack of sanitation, Denver entrepreneurs Kenn Kelly and Shaul Hagen founded Osana, a company that makes all-natural mosquito-repellent soap. The product is non-toxic, simple to use, and powerfully effective at backyard barbecues or deep in the Amazon basin.

“One of my favorite testimonies we heard was from an orphanage we support,” Kelly shared recently. “Before they used our soap, about one percent of their kids died each year from Malaria, and they had a big ringworm problem. After using our soap for a year, they didn’t  have one death from malaria and ringworm was reduced by 90 percent.”

To make this life-saving soap available to those who need it most, Osana uses a buy-and-give model. “Every time someone buys a package [of soap] in the U.S.,” Kelly explains, “part of the proceeds goes to provide soap in mosquito-plagued parts of the world.” The soap and additional financial support goes to partner organizations committed to sustainable, holistic community development. “We’re trying to create economies and jobs in those places, while still providing a product that saves lives,” Kelly said.

Kelly’s participation in the 5280 Fellowship fueled this commitment to shape the world through business. “At the deepest part of me, I believe that the most cultural-transforming work we can do happens in the marketplace. I believe that business has more influence over culture than anything else, based on the authority that it has over individual lives…So what does it look like to steward that [influence]? I ask myself that question daily.”

Kelly recently shared about the lasting impact the fellowship had on his life and work: “It [was] energizing to be surrounded by others who see their [resources, callings, leadership] as works of God–to touch people, to serve them, and to solve some of the toughest problems in our city and our world. The number one takeaway for me was that I met people who care about their city and who are looking to leverage their experiences to impact their city in a positive way. I think that reflects Jesus in action.”

The fellowship also confirmed Kelly’s belief in Osana’s existing mission – to do well in business and to do good through business. “Our company has been operating this way for six years, but sometimes we feel isolated in this approach. The 5280 Fellowship supported and affirmed our beliefs, and that was extremely validating. We know we’re on to something. We know we’re hearing from God.”

Osana will join Denver Institute for Faith & Work as a sponsor on July 26 at “God & the Great Outdoors: How Faith Shapes Outdoor Retailing & Recreation”. We look forward to interviewing Kenn Kelly at the event and hearing more of his entrepreneurial journey and what’s ahead for Osana soap.

Take the next step:

Joanna serves as Denver Institute’s Director of Public Engagement, hosts the Faith & Work Podcast, and founded Women, Work, & Calling, a national initiative that disciples women for godly influence in public life. Prior to coming to the Institute, Joanna worked in global telecom, nonprofit consulting, and campus ministry with Cru. She served as associate faculty at Denver Seminary and as a sewing instructor at Fancy Tiger Crafts. A third-generation Coloradan, Joanna appreciates both the state’s innovative culture and its cowboy roots. She has an MA in Social Entrepreneurship from Bakke Graduate University and graduated magna cum laude from the University of Colorado, Boulder. She also completed a certificate of Women in Leadership through Cornell University.

She is the author of Women, Work, & Calling: Step Into Your Place in God’s World (IVP, Fall 2023) and is a contributor to the multi-author book, Women & Work: Bearing God’s Image and Joining in His Mission through our Work (B&H Publishing, Spring 2023).